Meetings are held in the Society's rooms
located in the Mortlock Wing of the State Library of South Australia
the meeting held, April 18, featured the work of:
John and Elizabeth Gould 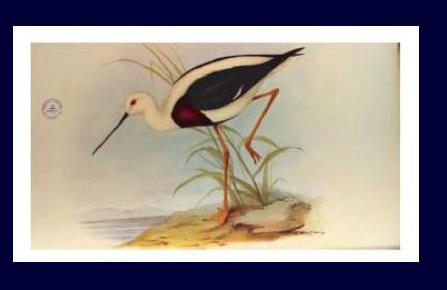 Please reserve your place via the Society's website
https://rgssa.org.au/activities/rare-book-discussions/
Should you have questions or need assistance with registration
Please contact Jill Kerby:
mijikerby@internode.on.net
phone 8278 8735

Charles Davies MD had many hobbies including collecting cuttings from several Adelaide newspapers, carefully pasting them into 36 volumes of scrapbooks.
Articles were written with all the prejudices of the day and seen through the eyes of those who were there to witness the events of the time.

Flax and its use from ancient to modern times
was held, 29th March, 2019 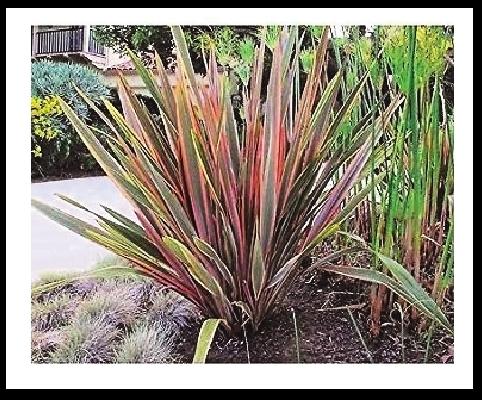 Flax has been cultivated and used in many countries over the ages principally for fibre (linen), seed, and oil. Linen cloth spun, woven and dyed, was used for thousands of years before paper and printed records for royal, religious, funerary and ceremonial purposes.
For many, the fibre represented currency, bartered in trade from country to country, prior to the development of money or coin currency.

'Nothing' is interesting about flax...
On October 10, 1774, Captain James Cook (1728-1779) made a perilous landfall at Norfolk Island during his second voyage to the South Pacific aboard HMS Resolution. Cook noted the various plants growing wild on the island including the flax plant.
Flax was a vital commodity for seafaring nations and used for making marine cordage, ropes and calico sailcloth. Britain's main supplier of flax was Russia until Catherine the Great (1729-1796) decided that Russia should be the dominant maritime power of the age and stopped the supply to Britain in the 1780s.

A few weeks after establishing the first Australian penal colony at Port Jackson (Botany Bay, January 26, 1788), Governor Arthur Phillip (1738-1814), sent his lieutenant, Philip Gidley King (1758-1808), to 'establish a subordinate settlement on Norfolk Island'. King arrived on March 6, 1788, to take control of the island with orders to develop a commercial flax industry using what he called in his journal the 'European method of preparing flax'. No one in the landing party knew the first thing about processing flax. In fact, none of the First Fleet settlers knew anything about the commercial treatment of flax.
HMS Sirius, flagship of the First Fleet, was dispatched to New Zealand to find a couple of Maoris with the expertise to make flax products. The crew abducted the first two men they came across; Tuki, the son of a priest and, Huru, the son of a chief.  Taken to Norfolk Island, the two Maori men were asked what they knew about processing flax.
Jointly, they replied:
'Nothing. It is woman's work!' 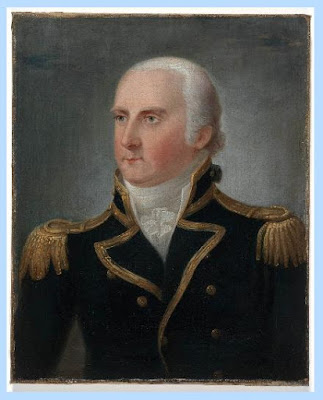 The Maori men were treated extremely well by Philip Gidley King, then Lieutenant Governor of Norfolk Island, and returned to New Zealand some four years later.  In this era of convict settlement, deprivation and cruelty, it is perhaps important to note, that the Lt. Governor was known to be a kind and fair man in his governance of convicts and respectful of the local populations. Philip Gidley King became the third Governor of the Colony of New South Wales (September, 1800-August, 1806).

A flax industry never developed on Norfolk because the local species had little fibre content and completely unsuitable for making viable marine products.
However, this fact was not known at that time. 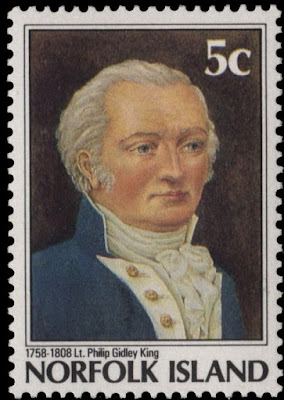 one item by Philip Gidley King in our Collection:

John and Elizabeth Gould:
Ornithology, Art and Entrepreneurship
was held, 18th April, 2019
John Gould (1804-1881) is well known for his work in the mid-19th century identifying and recording birds and publishing his beautifully illustrated folios of birds including the eight volumes of Birds of Australia. Gould used various artists for his finished works including Edward Lear (1812-1888) who wrote the 'Owl and the Pussycat'. His wife Elizabeth who is not so well known, but who was a major contributor, meanwhile having eight children. Gould visited Adelaide and Kangaroo Island and went on a short expedition with Charles Sturt (1795-1869).
The RGSSA and the State Library of SA have an impressive collection of original books of John Gould’s illustrations many of which will be on display.
[one item by Gould in our Collection:

A synopsis of the birds of Australia and the adjacent islands
Descriptions of new species of Australian birds, principally in the author's collection, with characters of several new genera
Published: London, John Gould, 1837-38
Refer RGSSA catalogue :
Call Number: rgsp 598.0994 G697 1837-38 b 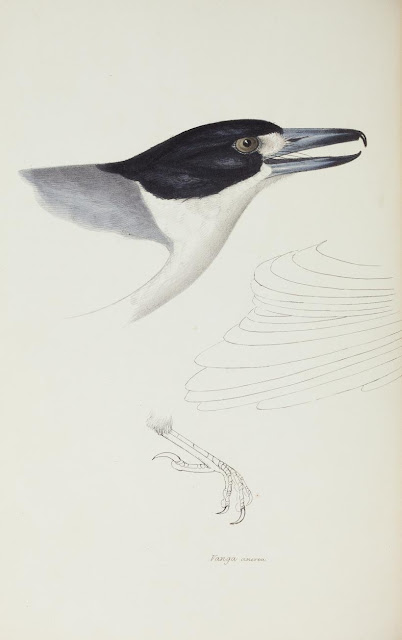 This volume contains 73 hand painted plates of bird illustrations. Although the illustrator is not credited; the illustrations are thought to be those of Elizabeth Gould (1804-1841). The talented Mrs Gould deftly captures the essence of flight in a few stokes of the pen. The drawing to the left is an exquisite example.

MALE. Crown of the head, ears and back of the neck black ; back, shoulders and rump delicate grey ; upper tail-coverts white ; tail black, largely tipped with white on the inner webs, except the two middle feathers, which are wholly black ; space between the bill and the eye, middle of the secondaries, greater wing-coverts, throat, and all the under surface white ; primaries black ; bill bluish lead colour at the base, passing into black at the tip ; legs black.
FEMALE. Differs from the male in being browner and less distinct in her markings.

Children's literature in the Society's Collection

The heart of the Antarctic :
being the story of the British Antarctic expedition 1907-1909
by E.H. Shackleton
Published : London, 1909
Refer RGSSA catalogue
Call Number: rg 999 T b 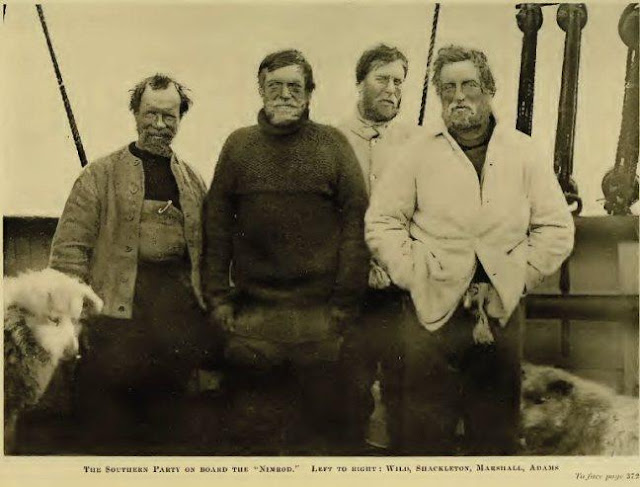 The heart of the Antarctic
On board the 'Nimrod'. Left to right: Wild, Shackleton, Marshall, Adams, 1909
Available online from Project Gutenberg Australia
http://gutenberg.net.au/ebooks12/1202361h.html

'The trials and tribulations of Shackleton's 1914 Trans-Antarctic Expedition through the camera lens of Frank Hurley presented by Hurley's biographer Alasdair McGregor.'
https://www.youtube.com/playlist?list=PL4KPpD45btge1zfRNcO03QUX98I9Cw8j0

Also refer to our previous blog post titled; 'Stuck in the Ice' that examines the misadventures of polar explorers and cites numerous reference books in our Collection on polar exploration. Included in the above volume are images of Shackleton's ship, Endurance, stuck in the ice, that are some of the best known images in the history of Antarctic exploration.
http://rgssamachupicchu.blogspot.com/2014/01/stuck-in-ice.html

The RGSSA holds an extensive (over 1000) and eclectic range of maps and charts, mostly maps published from 1660 to the present, a generous selection of nautical charts, facsimiles of early maps and a few manuscript maps.
This will be a personal selection of all varieties of maps and charts from those that caught the presenter’s eye during the recent re-cataloguing and scanning of the collection. 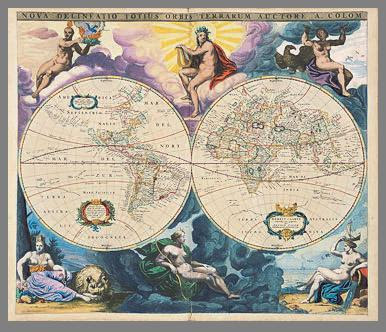 
This hand-coloured atlas was featured in an exhibition given by the National Library of Australia:

Volcanoes, Earthquakes and Tsunamis
22nd August, 2019
These natural phenomena have fascinated and puzzled observers and scientists alike over the centuries.

The RGSSA library contains some spine-tingling first-hand descriptions of these dramatic events. Equally interesting are the early attempts to explain them, and to see how the threads were gradually drawn together into the modern theory of Plate Tectonics.


16th and 17th century editions of voyages to the Americas
by the de Bry family
26th September, 2019 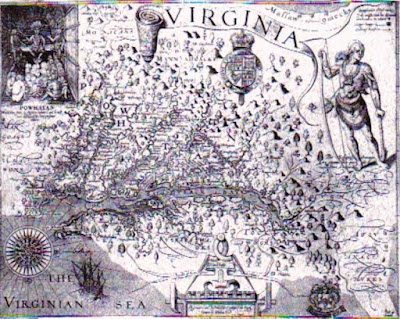 
In the late 16th and early 17th century, the de Bry family, published some of the greatest collections of voyages to the Americas by European explorers.

Theodor de Bry (1528-1598) was trained by his father and grandfather as a goldsmith and engraver of copper plates in the Flemish town of Liege.
The images portrayed in the copper plate engravings are of the highest artistic quality. The Collection is very fortunate to have all 13 parts of the 'America' series in this very rare edition: 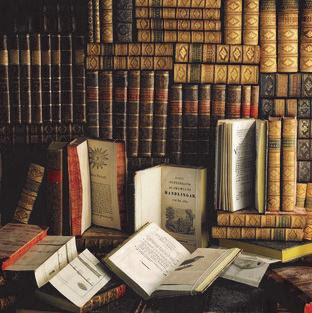 In this session participants will have the rare opportunity to spend time perusing the books held by the Royal Geographical Society on Level 3.

Many of the books have not been catalogued and are waiting for someone to discover them and pluck them from obscurity and (possibly) have them included in the Society's catalogue.

The Rare Book Room : its RGSSA contents, protection, and preservation


The climate-controlled, high-security Rare Book Room of the State Library holds about 50 items owned by the Society, ranging from single letters to huge volumes of art work.
Hear from State Library staff how the Rare Book room is managed, how audits and conservation take place and look at some of the rare and valuable contents not recently shown at a Rare Book Discussion Group session. 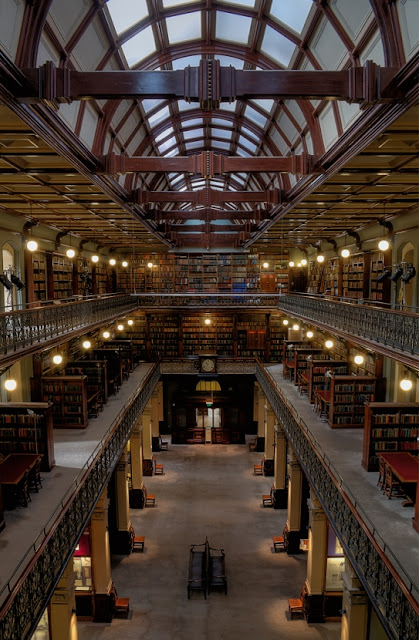 'pirates of the Collection' 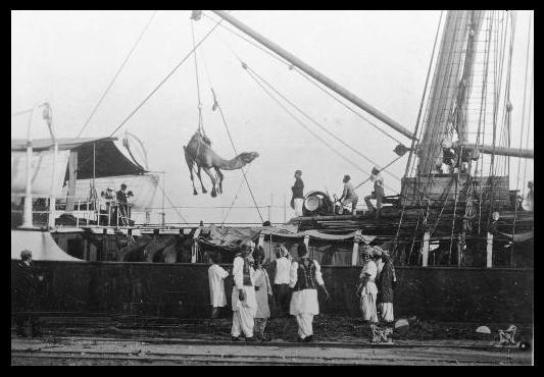 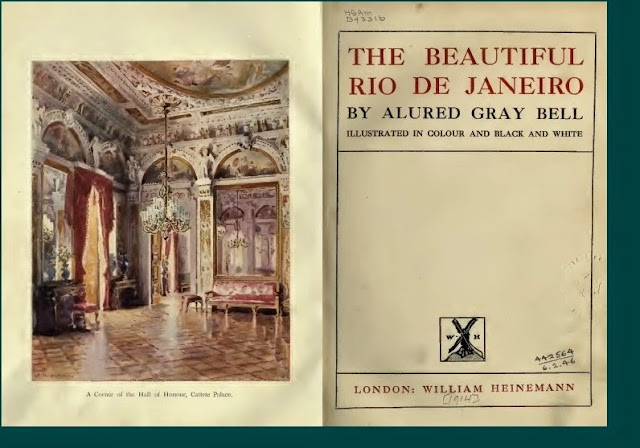 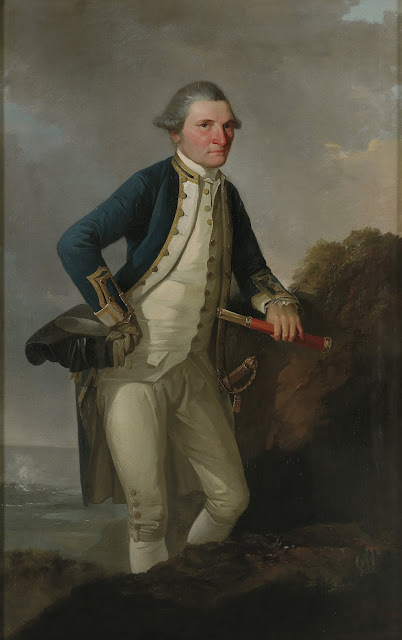 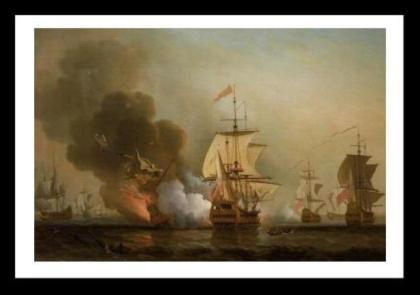 Action off Cartagena : the wreck of the San José 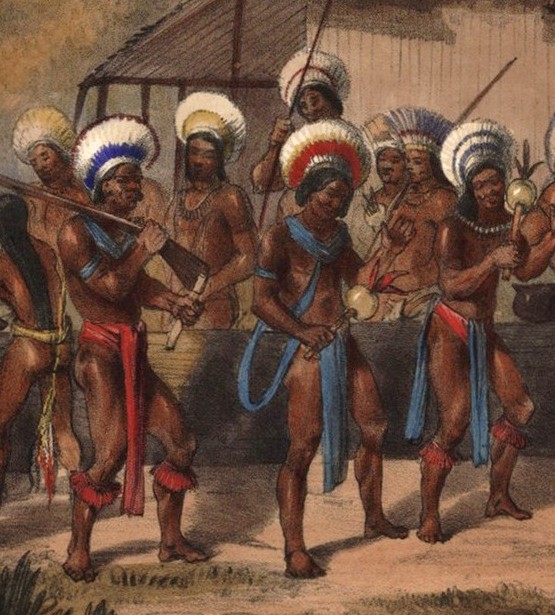 Robert H. Schomburgk and the 'flower of the Empire' 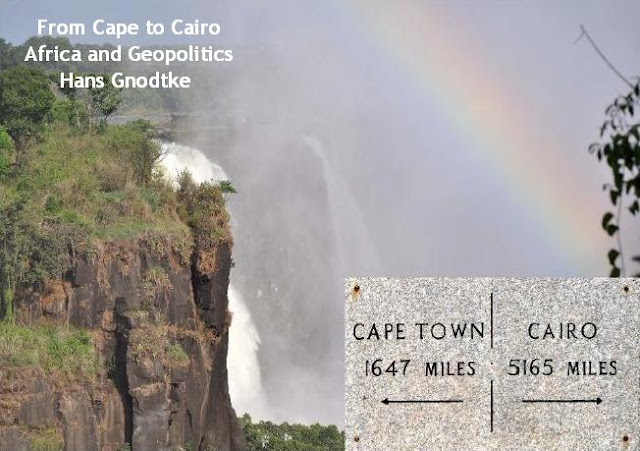 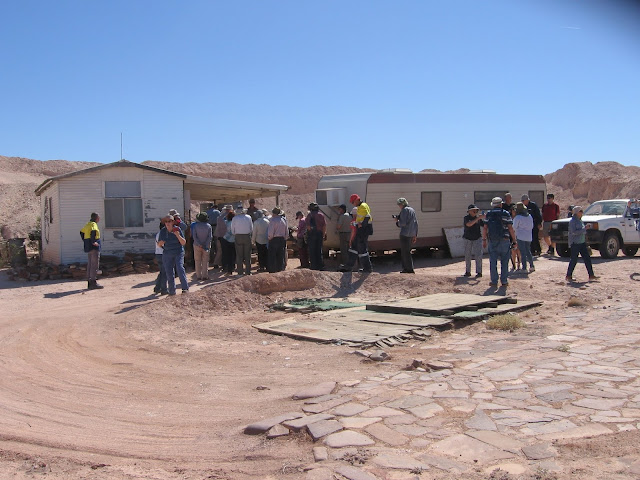 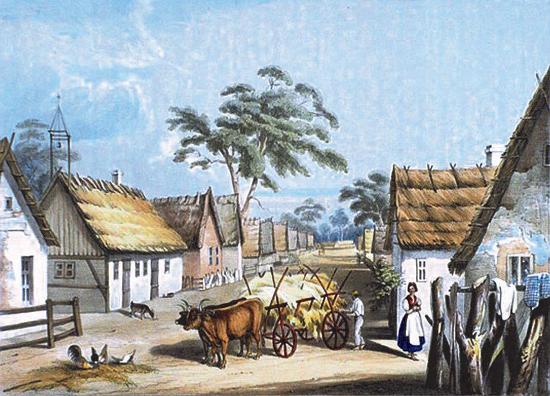 RGSSA Library
The RGSSA's Library is a public reference library in Adelaide. Visitors and volunteers are most welcome.

cover image: shows the beautiful roof structure of the Mortlock Wing that is home to our Collection

We stand on Kaurna
traditional land 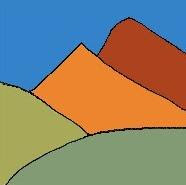